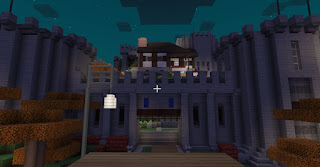 The Nation of Thurman was a land of great beauty, with towering mountains and sprawling forests, as well as vast grassy plains and fertile farmlands. At the heart of the nation stood the great city of Thurman, home to the mighty castle of King Thurman the First, a just and fair ruler who was loved by all his subjects.

For centuries, the people of Thurman lived in peace and prosperity, thanks to the wise rule of their king and the hard work of their farmers, artisans, and merchants. They welcomed travelers from all corners of the world, including elves and dwarves, who brought with them their skills and knowledge, and even the fierce vikings, who came seeking trade and alliance.

But as with all great nations, Thurman also faced its share of challenges. There were times of war and strife, as rival kingdoms sought to claim its riches and territory. There were times of famine and disease, when the crops failed and the people suffered. And there were even times when great dragons descended from the mountains to lay waste to the land and its people.

But through it all, King Thurman remained a strong and steady leader, inspiring his subjects with his courage and determination. He was a fierce warrior on the battlefield, but also a wise and fair judge, always seeking to find a peaceful resolution to conflicts. And his subjects, in turn, remained loyal and devoted to him, defending their nation with all their might and working tirelessly to rebuild and thrive in the face of adversity.

Over time, the Nation of Thurman grew in wealth and power, its castles and cities becoming wonders of the world. Its riches attracted merchants and traders from far and wide, who came seeking the finest goods and treasures that could be found nowhere else. And its people enjoyed a life of comfort and prosperity, thanks to the vision and leadership of their beloved king.

And so it was that the Nation of Thurman flourished for generations, a beacon of hope and prosperity in a world that was often troubled and strife-ridden. Its people were proud of their history and their heritage, and looked to the future with confidence and optimism, knowing that as long as they stood together and followed the example of their great king, they could overcome any challenge and achieve greatness.