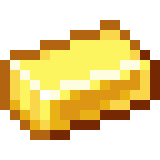 The Nation of Thurman in medieval times grew in wealth through a combination of factors. One of the main sources of wealth for the kingdom was its fertile farmlands, which produced a abundance of crops that were in high demand both within the kingdom and abroad. The kingdom also had abundant natural resources, such as timber, minerals, and metals, which were extracted and used for building and trade.

In addition to its natural resources, the Nation of Thurman was also a hub of commerce and trade, with a network of roads and waterways that connected it to other parts of the world. Merchants and traders from all over came to the kingdom to buy and sell goods, bringing wealth and prosperity to the land. The kingdom's artisans and craftsmen were also highly skilled, producing high-quality products that were in demand both at home and abroad.

Another factor that contributed to the wealth of the Nation of Thurman was its strong and efficient government. The rulers of the kingdom were wise and just, and they were able to create a stable and supportive environment for economic growth. They also invested in infrastructure, such as roads, bridges, and ports, which facilitated trade and commerce.

Finally, the Nation of Thurman was able to defend its wealth and prosperity through its military might. The kingdom had a strong and well-trained army that was able to defend its borders and repel invasions from rival kingdoms. This allowed the kingdom to focus on building its wealth and prosperity, rather than constantly having to worry about defending itself.

Overall, the Nation of Thurman in medieval times was able to grow in wealth through a combination of a fertile land, abundant natural resources, a thriving trade and commerce, a supportive government, and a strong military. These factors all contributed to the kingdom's prosperity and made it a powerful and influential player in the medieval world.