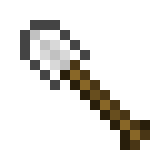 This is a comprehensive plan that covers a wide range of aspects that are important for the development of the Nation of Thurman, including infrastructure, defense, culture, and recreation.

The third year focuses on cultural and recreational development, including the construction of cultural buildings and public spaces for recreation. The fourth year involves enhancing the town's defenses and infrastructure, while the fifth year is dedicated to final touches and preparations for the future.